On Friday 24th May Lydia from Zoo Lab brought some animals in to show us. She had a zebra tarantula, some rats, hissing cockroaches, a snake and an African land snail. We got to touch lots of the animals and learned lots of new facts. Everybody was brave enough to touch or hold some of the creatures. Ask your child which one was their favourite, mine was the rat called Dobby.

Mini-beast hunt at The Den

Today (21.05.19) we went to The Den to carry out an investigation. Before going, we made predictions on which type of mini-beast we would find most of according to the number of legs they have. We then found various bugs and made a tally chart with our findings. Unfortunately our predictions were not proven to be correct however we had lots of fun while carrying out the investigation.

Learning in The Hive

This week we went to The Hive to make habitats for our clay bugs. We talked about where different animals live and what they need to have in their habitat. We then used natural materials such as grass, soil, sticks and leaves to create our mini habitats. We think they look great!

Thank you all for coming to the phonics workshop, the turnout was fantastic! We hope you found it useful and enjoyable and now feel more able to use phonics at home in your child's learning.

Here are some links to useful phonics websites.

On Thursday 15th November we had a special visitor in school; it was a T-Rex called Jam. His friend Joe told us lots of interesting T-Rex facts and we learnt lots of new things. 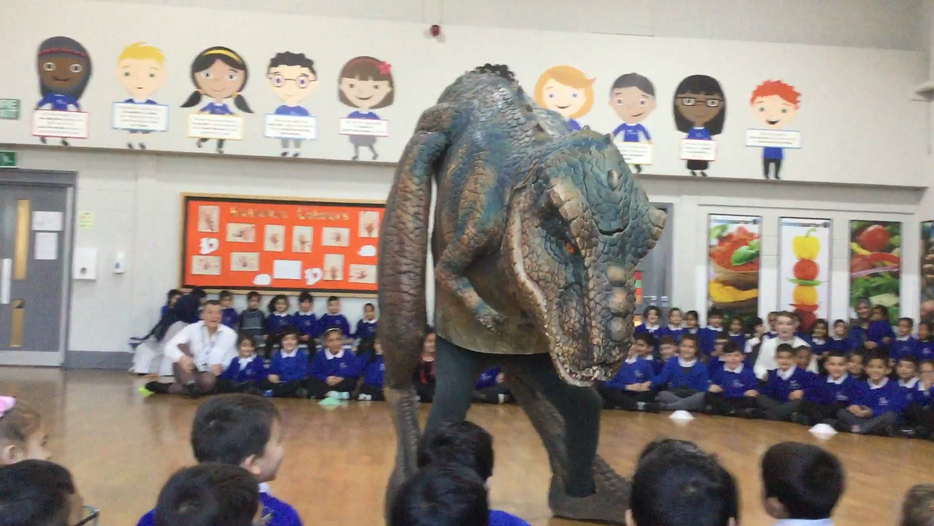 Rayhan in Donaldson and Talhah in Ahlberg bravely volunteered to take part in a demonstration of how a T-Rex tears it's food with it's 'blunt banana' teeth.

Talhah being eaten by Jam 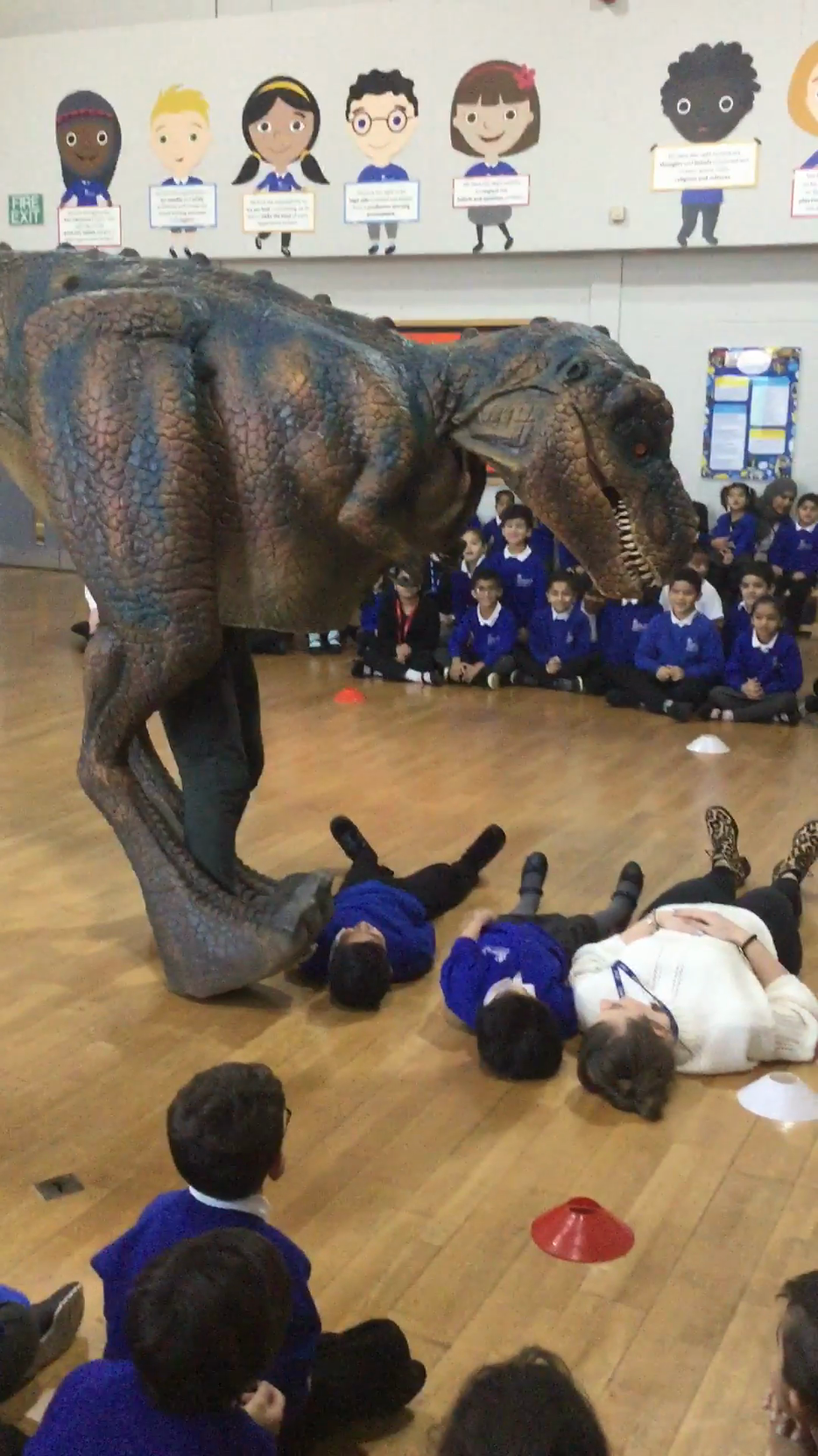 Rayhan being eaten by Jam. 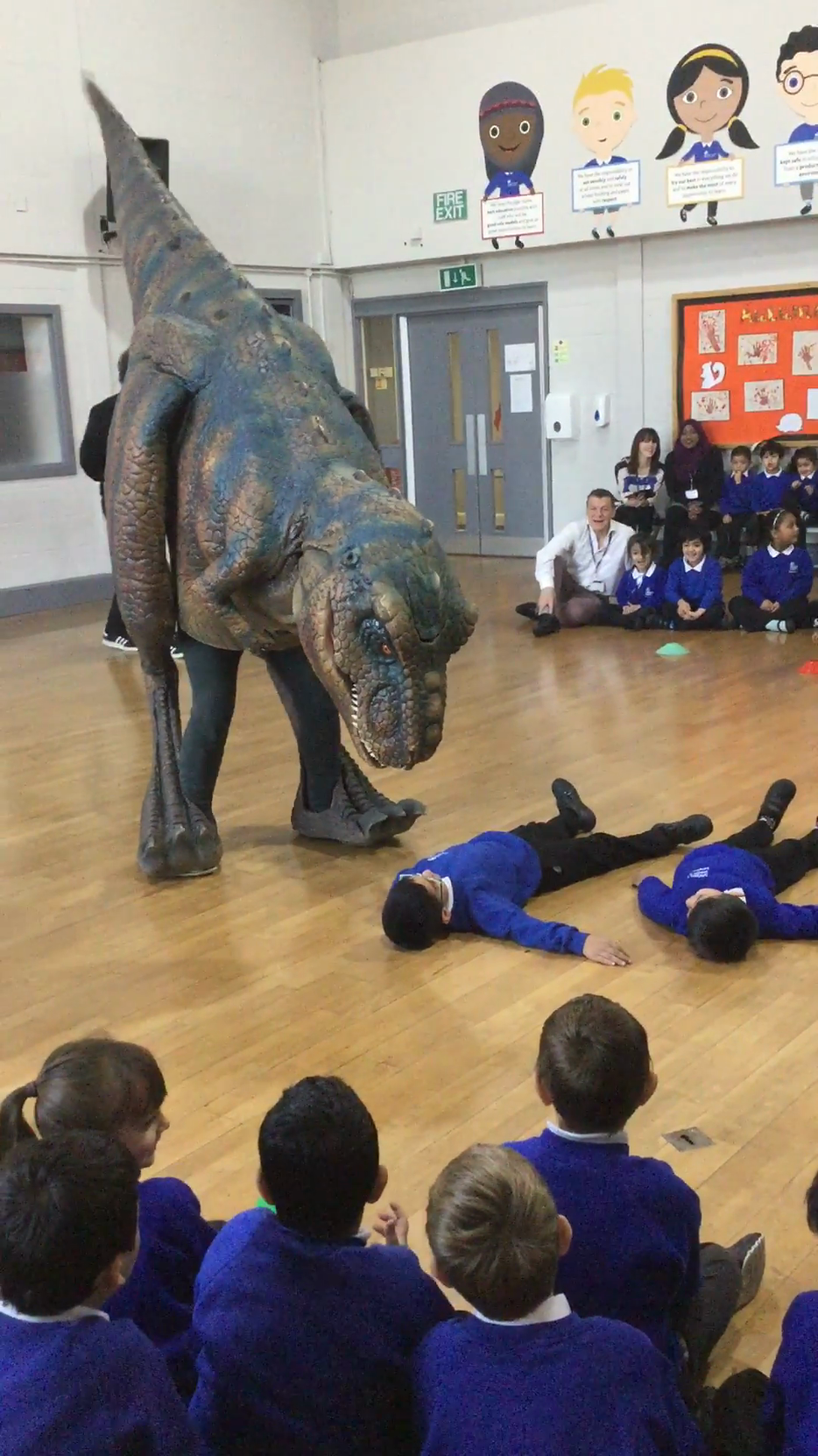 It was even better when it was Miss Deciacco's turn and everyone shouted, "eat her, eat her". 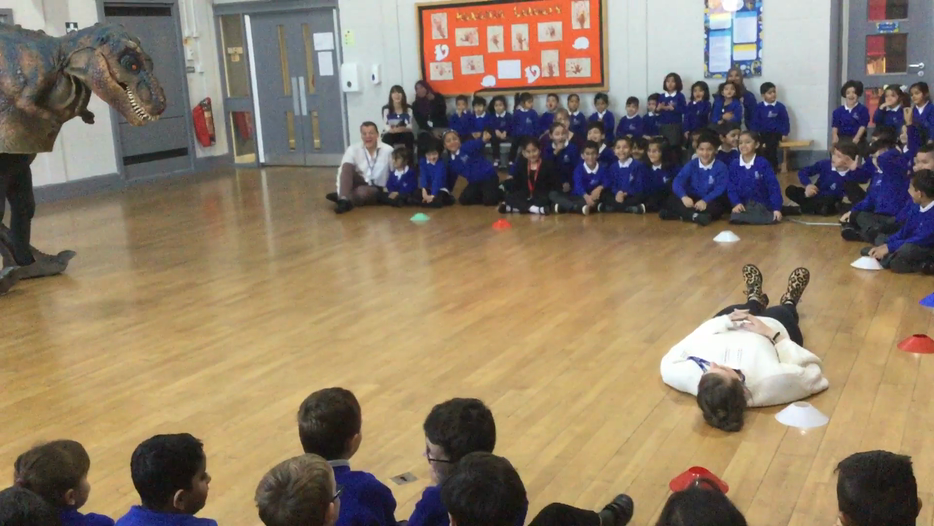 Jameel and Alex showed us how a T-Rex would use it's sense of smell to find food by hiding a crisp behind his back. He was very brave. 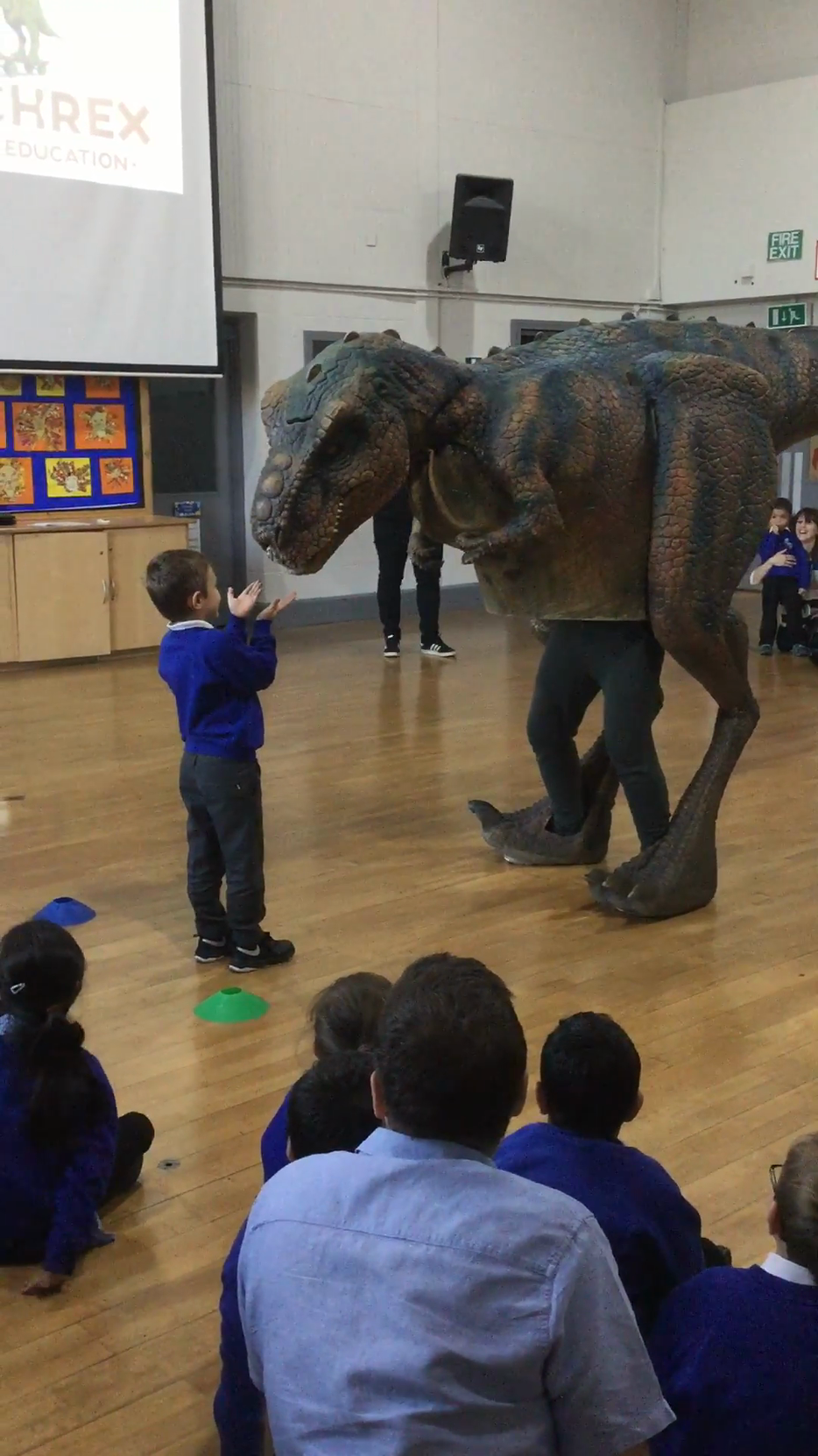 We had a fantastic dinosaur day and hope that Jam comes to visit us again.

On Tuesday 6th November we discovered an alien craft had landed in our playground. There were lots of strange colours and spaceship parts scattered about.

We wrote about our discovery and thought about what might have happened and who had crashed. Safaa from Ahlberg Class and Azan from Donaldson read aloud what they had written for the radio station. You can listen to what they thought below.